Lessons were canceled yesterday due to the rain, but I went out anyway to drop off some feed. It was only a light drizzle, and I decided to tack up and see how the footing on the trail was (arenas were locked). I figured that it was an opportunity to see what Hemie thinks about riding in the rain.

He thinks its exciting. :)

Footing on the trails was okay over all, but the final hill coming down was a bit sloshy. Twice on the trail he tossed his head, so after getting back to the barn I put a rain sheet on him and put him in one of the sand turnouts. In the words of the barn manager, “That was the biggest buck I’ve ever seen! What a good horse for being a gentleman with you on the trail!”

Indeed. He proceeded to get as dirty as he could. Silly boy.

Hopefully these pictures come out! 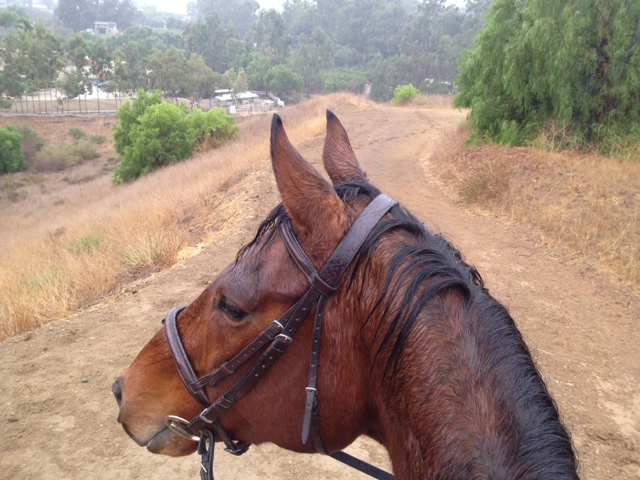 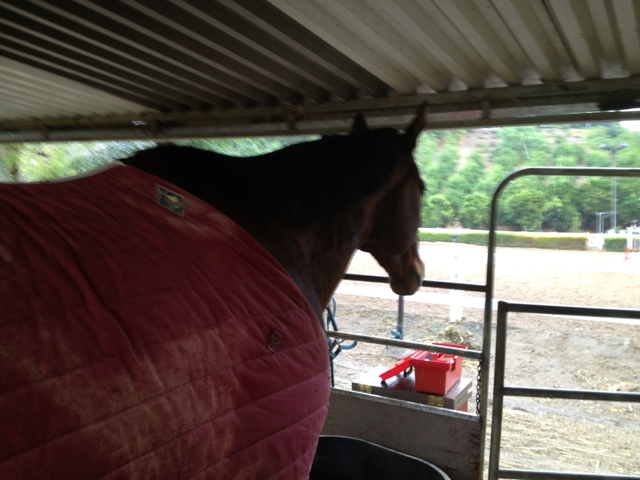 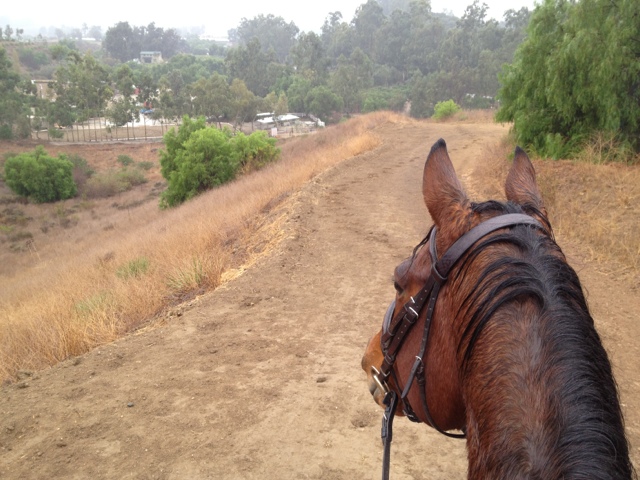 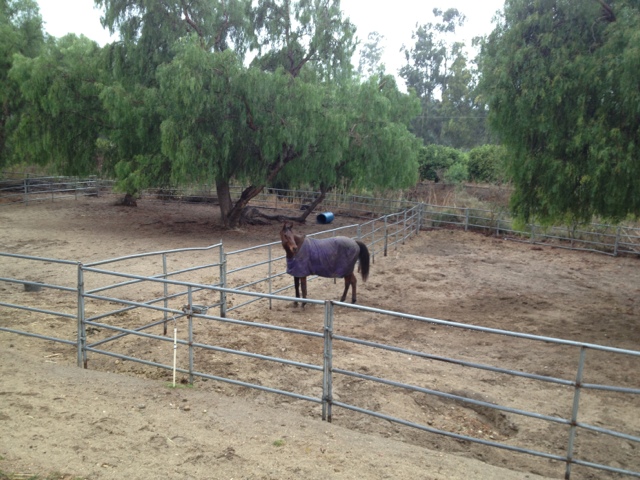 4 comments on “Riding in the Rain”