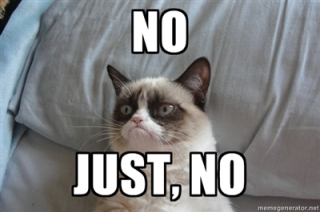 Our last post covered the jumping portion, and now on to dressage which actually took place earlier in the day.

I’ll be frank: dressage was a mess.

We warmed up pretty well (no crazy antics, thank goodness!) and I thought we were on track to have a solid performance. Alas, no.

First of all, there was a stallion in a nearby paddock who was screaming at the top of his lungs, clearly in a panic. Being herd animals, understandably Hemie got a little tense from this as we circled the arena, but I put him to work and he was a good boy by trying to focus on his job and not his freaked out neighbor. Just something that comes with the territory at horse shows.

Secondly, we went off course. Way off……for over 30 seconds.

The judge did not ring the bell to indicate we went off course – they just let us go around while I was left thinking “Gee, wait a second, am I off course? No, must be okay since bell wasn’t rung. Oh wait a second I think I am off course. No, no, must be fine, just keep going. No – I’m sure of it – we are in the wrong place going the wrong way.”  At which point I halted and looked at the judge for guidance. Blank faces stared back at me.

We were off course starting at 3:17 in the video (below), until 3:55 when I finally reversed and picked up my test from where I thought I had left off. Turns out I missed a movement somewhere in there but oh well.

Thirdly, we were both tense and Hemie got stuck several times. Trying to push him forward resulted in breaking gaits, and even though I was trying to relax, I wasn’t very effective. The canter was a hind-swapping, pogo-stick-like movement, and our free walk was more of a cringe walk. I really tried to kick him forward and even touched with the whip but didn’t get much done. It got a tad better as the test went on, and we had a few good moments in there. Here’s the video:

To be honest, coming out of the arena I was very dissapointed and did NOT think it was better than the last one. But with a little bit of time, and from watching the video and listening to others’ comments, I have realized that we did make some improvement and had a some good moments. The trick is to put more and more of what we practice into the show arena (bit by tiny bit), and we need to keep that going.

So, what happened with the judging/scoring situation, you ask? Well, after the test it turns out the kid after me also went off course – waaaaay off, as in riding entire test backwards without being signaled by the judge. Her trainer approached the show organizer about it and I just happened to be near by – the organizer said they’d have the girl re-take her test. Aha! I shall try to re-take mine as well!  Nope. They decided just to fill in scores as best they could. Therefore, no wonder there are no remarks on my scoresheet after we went off course, and the numbers are just the same as the first half (even though I do think we settled down and improved a little bit by the end. I guess maybe not enough to increase our marks though).

I checked the rule book and while it does instruct the judge to ring the bell when a rider goes off course, it also has a caveat that the judge may use discretion and not ring the bell if it they think it will interrupt the flow of the rider. So I didn’t bother to lodge a complaint.

Ah well, we got through it. The question remains: how do you go about getting the quality of work you have at home into the show ring?  Both myself and Hemie seem to lose our cool, even though I know we are both trying not to. Does it just take time and lots of shows? Or is there some other methodology I just haven’t figured out yet?