Last year I had lots of goals. Perhaps too many goals. This year, I’m keeping it simple:

That’s it! The number of competitions is going to depend on my budget, but I’m shooting for 3 or 4. After spending most of 2014 at local/schooling shows, I am ready to get back to some real horse trials!

Of course, I want us to perform to the best of our ability at competitions. I have my eye on US Eventing Association Awards:

USEA Certificate of Horse & Rider Achievement – completion of 3 registered HTs in one competition year (at BN level only).

These would be cherry-on-top achievements that I’d love for us to earn, but they’re not realistic goals for a few reasons.

Firstly, I haven’t decided what level we’ll be competing at this year (BN or N). So that might take the Certificate off the table.

The Medal program looks awesome, and given our past performances at HTs I’d be gunning for the bronze (lowest) achievement level. Since I can realistically only afford to attend a few HTs this year, and since even the lowest achievement level is higher than our historical average score, the chances of us achieving a medal is not high. But I think its a great program and I’ll be aiming to earn medals in the years to come as we develop skills and become more competitive.

Shout out to Dandyism, where I learned of the USEA awards programs.

Let’s look at our record at recognized horse trials so far: 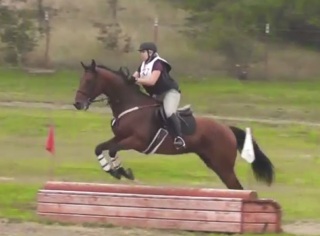